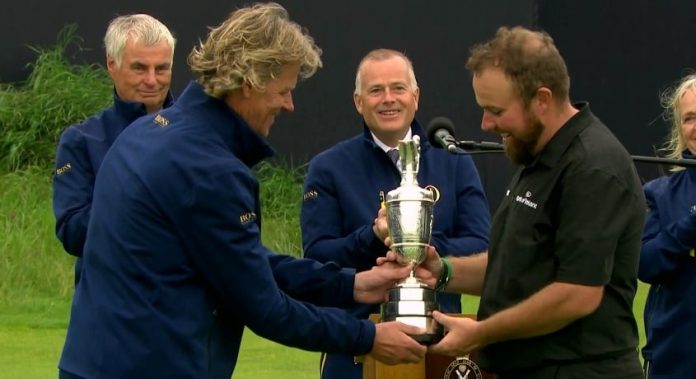 Irishman Shane Lowry claimed maiden major title after winning the 148th Open Championship on home soil at Royal Portrush GC. Lowry posted final round 72 and finished the tournament at 15 under par. Tommy Fleetwood, who started the day four shots behind the leader, was not able to respond to Lowry’s solid play and finished solo second at 9 under par. Tony Finau was the only golfer from the top of the leaderboard after the third round who played on par today and the American finished solo third at seven under par. As expected the weather became more severe in the afternoon and the late starters had to deal with much tougher conditions.

Irishman Shane Lowry had the home crowds support all week and this helps him to claim his fifth European Tour title and first major trophy. Thanks to his triumph Lowry will find place among the top 20 in the Official World Golf Ranking and will occupy the top spot in Race to Dubai.

Tommy Fleetwood needed something special today to has a chance. However the Englishman was not able to put Lowry under pressure and had to settle with the second place, six shots behind the winner.

Lee Westtwood started the day with a bogey, but he climbed to 10 under par after three birdies in the next four holes. Unfortunately Westwood didn’t manage to keep the momentum and he finished his round at two over for the day and 6 under par for the tournament.

Robert MacIntyre’s great season continues as the young Scott recorded his first top 10 major finish. MacIntyre took the advantage of the better conditions in the morning and posted final round 68 to finished tied for 6th. This results secures him a spot at next year Open Championship at Royal St. George.

Matthew Fitzpatrick remains at the top in Italy