Tim Madigan talks about alcohol, money, religion and his love affair with golf 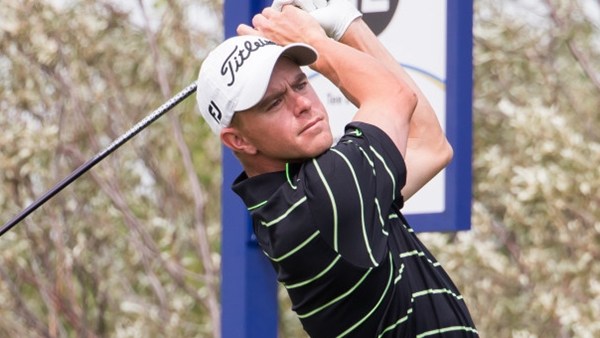 The interview with Tim Madigan was made in collaboration with our Canadian friends from “From The Back Tees” who made the interview. Follow them on Twitter @fromthebacktees or visit their website for more amazing interviews and golf content: https://fromthebacktees.com/

Who is Tim Madigan

Tim Madigan had played on the Mackenzie Tour in 2014 before moving to the Web.Com tour in 2015. Tim won “The Players Cup” that same year which subsequently lead to his struggle with alcohol. Tim’s story does not end there because early this December he regained status on the Web.Com Tour. Madigan now has sights set on his ultimate goal of playing on the PGA Tour. Hopefully you enjoy my talk with Tim as we discuss his life on and off the course as well as the challenges he’s faced to get where he is today.

From Web.Com Tour to problems with alcohol

Zack: Firstly, I just want to thank you for speaking with me. I want to congratulate you on an amazing season and receiving your Web.Com Tour card for 2019. I know you’ve gone through so much these last few years. What’s it like for you to have made it on to the Web.Com Tour ?

Tim: Well my career I feel had two paths. When I initially turned pro I had immediate success. This led to me playing professionally in Canada in 2014. I graduated to the Web.Com tour first in the 2015 season and I had some very quick success there as well. I was top 25 in the money list at the conclusion of the 2015 season. That was kind of when everything started to race downhill for me.

Zack: What do you think played the biggest factor in the downward spiral that happened in the earlier parts of your career?

Tim: The big problem was that I felt almost invincible where nothing could go wrong. That led to personal issues, and ultimately led to my onset of really getting drowned in alcohol. I had been drinking for a couple of years prior but it never got close to the extent it hit in 2015.

So to your question, the biggest thing that led to things getting out of control I’d say is that I didn’t know what life on tour was like up until that season. The availability and the readiness of alcohol on tour helped it become a distraction and an outlet for me. Continuing on that, this made it so that I could tell myself nothing was my fault. I mean if anything happened to me, to my family, to my golfing, nothing was my fault. It was the blame game and excuses for everything.

The moment everything changed

Zack: What happened in 2017 that helped turn things around?

Tim: So the end of 2017 is where I finally turned things around. It was what I consider the second stage of my career. I had lost my Web.Com Tour card for 2018. This meant I had no status on any Tour which is where things really started to change. I went from having really quick success, to now not even having a job. I was playing and practicing but at the same time was still not part of a Tour. That made me rethink things and wonder if I should move into coaching. I started to be a volunteer assistant at my Alma matter. I did that for about 3 months leading up to Canada Q-School. I kept thinking that while I might not have what it takes, I can at least help tutor kids on what it takes to make it to the next level. I told myself though that I was meant to be on this earth to play golf and inspire other kids that way. So when I qualified for Canada I pretty much went all in and focused on my golf leading into the 2018 season.

Zack: So in 2018 something clicked. In the last 6 tournaments of the year you had three Top 10’s and two Top 5’s to close out the year. What was it that led to such improvement?

Tim: My first half of the season I was making cuts but I wasn’t necessarily finishing very well. In the second half I would say everything really started to click. Like you said I had a great finish to the year. It was really patience and waiting for all the parts of my game to come together at the same time.

Getting back on the Web.Com Tour

Zack: What is the thing that helped you most in your road back to the Web.Com Tour?

Tim: For sure for me the biggest thing wasn’t the practice or training, but sure that helped. What made the biggest difference was when I relearned to love the game. I stopped caring about the extra things that come with this wonderful job. It gave me that deeper drive to work harder and you just want to see the ball go in the air, the putt go in the hole. I found the love of the game again for what it is, not for what it can bring. When I was on the Web.com Tour my mindset went to “well if I have success I can provide my family with a new house or a new car” so everything revolved around the money. Now it just revolves around playing golf and being the best possible player and person that I can be.

Zack: Going on that, what is your biggest career goal?

Zack: If you could play one round with anyone in the world past or present who would it be?

Tim: My Dad. I mean there is no one on this earth I would rather play a round of golf with then the person who taught me most everything that I know. Not only on the golf course but in life. I know most people if you posed that question to them, they’ll say Tiger Woods, or Rory McIlroy but to me, I’m going to get there. I know I am going to get there, but to share 5 hours over 18 holes with my biggest role model, that’s hands down the answer. That’s probably the easiest question you could ask me.

Zack: I have to ask what’s the deal with the diamond earrings? Please tell me you’re going to keep rocking them when you make the PGA Tour.

Tim: So I got the earrings when I was 18 and I couldn’t tell you why I got them. It was so long ago but it sort of created to me my own unique style on the golf course. Just because I have the diamond earrings doesn’t mean I’m a gangster or a thug. It’s just a style and a way to stand out. For me in the future, I’m probably going to continue to wear them but I don’t know It might be something you should ask my wife about!

What the golf fans should know about you?

Zack: So before I let you go I always like to give my guests a chance to tell our audience about anything they’d like to share as some final thoughts. What would you like the golfing community to know about you?

Tim: I’m a very devout catholic and while I know this is meant to be about me I want to tell people about the work my wife puts in while we are on the road. My wife is basically a saint, if I could be half the person she is I’d be in great shape. Any time I can get her on the road with me to a tournament, the first thing she vows to do is community service. So an example of this is when she came to Knoxville (Tennessee) in 2016 and the first thing she did was look into community service opportunities on Tuesday. Her and I went to volunteer for a soup kitchen at 5 A.M that next day. This has now turned into something we continue to do at every event which I think is really neat to go out there and help others as that’s a priority for us.

Zack: That’s really amazing, we need more people out there like you guys. What you have done with telling your story is truly amazing. I’m sure it will help tons of people who might think they are alone or have a big challenge to overcome. I just want to thank you so much for the time. It means so much being able to speak with you. I will be rooting for you this upcoming year on your road to the PGA Tour. Hopefully we will catch up soon!

How much money each golfer won at Abu Dhabi HSBC Championship