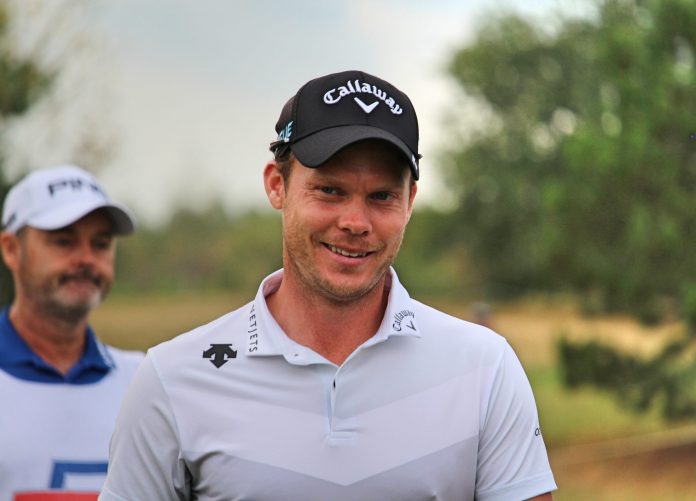 Danny WiIlett won the DP World Tour Championship and claimed his first title since April 2016 when he won the Masters. This is Willett’s sixth European Tour title and the first one in a Rolex Series event.

Danny Willett finished the tournament at 18 under and left Patrick Reed and Matt Wallace two shots behind. Willett played solid golf today’s windy conditions and carded final round 68. Patrick Reed, who was leading before the final round alongside Willett, played on two under today which was enough for shared second place only. 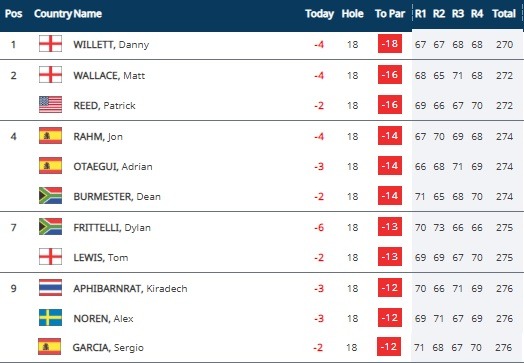 The tournament intrigue was alive till the end as Willett almost sent his tee shot on the 18th in the water.

Patrick Reed lost the tournament on the first nine holes today where he recorded two bogeys and no birdies.

Matt Wallace has his chances to claim his 4th title of the season.

Francesco Molinari won the Race to Dubai for the first time in his career. Tommy Fleetwood finished outside the top 15 and was not able to defend his Race to Dubai title.

The Race is over, and Tommy's the first to congratulate the new Champion.#DPWTC #RolexSeries pic.twitter.com/54KwKPEfIo

Shubhankar Sharma won the Sir Henry Cotton award as he was named rookie of the year.

Your Sir Henry Cotton Rookie of the Year.

How much money each golfer won at The Genesis Invitational 2021