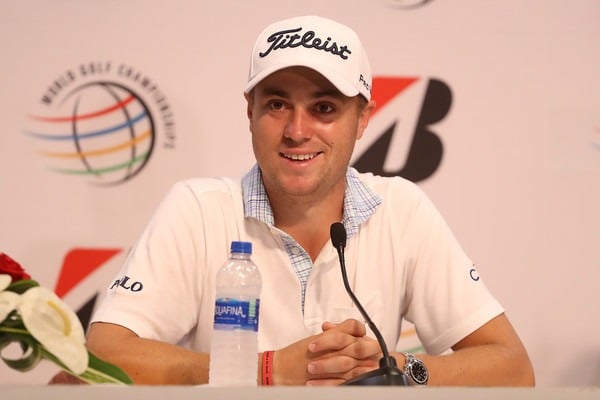 Justin Thomas posted final round 69 and won the Bridgestone Invitational by 4 shots with score of 15 under par. Rory McIlroy, who started the day 3 shots behind the leader Thomas, did not manage to show his best golf and finished T6 after final round of 3 over par. Kyle Stanley finished solo second at 11 under par. Thorbjørn Olesen and golf superstar and world number one Dustin Johnson finished T3 after both played the course at 6 under par in the final round of the tournament.

Justin Thomas played solid golf all week and thanks to this win he secured in spot in USA 2018 Ryder Cup team.

This is how the final leaderboard looks

Kyle Stanley had a wonderful week at Firestone CC.

Jason Day had his chances, but 5 dropped shots in the last six holes dropped him to T10 place in the final leaderboard.

"This is crazy fast…"

This was the last edition of WGC-Bridgestone Invitational at Firestone CC and Tiger Woods finished his career at this course in style.

Tiger finishes his Firestone career with a birdie and a fist pump. #WGCBridgestone pic.twitter.com/semOY2mqGs

Rory McIlroy is the man to catch at WGC-HSBC Champions