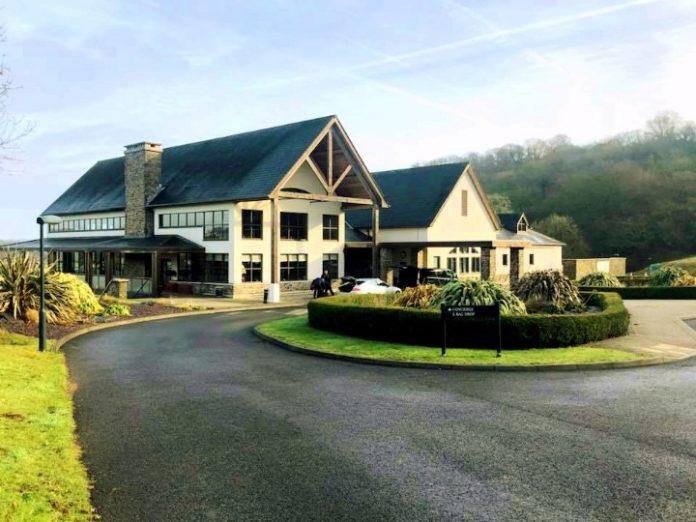 Do you remember Ryder Cup 2010? Do you remember the match between Graeme McDowell and Hunter Mahan? It is hard to believe that this was more than years ago. But I can assure that the aura is still there. From the moment you enter the Celtic Manor resort you feel the spirit or Ryder Cup 2010.

How do you prepare for your golfing season? Normally I will try to get out on the course as much as possible while putting in some specific work on the practice ground. Unfortunately the recent snow we have had and continuous rain has restricted my chances of getting on the course much recently until this week…

I am fortunate enough to work closely with golf travel specialists A Golfing Experience. They invited me to play at Celtic Manor Resort in Wales which hosted the 2010 Ryder Cup. Playing with two of the company’s directors and fellow professional golfer Harry Flower.

It gave me a chance to do some practice, have a little bit of a competitive round with another professional which I have been missing. We were given the full tour round the clubhouse used for the Ryder Cup. We visited the changing rooms and team rooms as well which was great to see and experience.

I managed to get some good range practice in while putting the swing changes to action on the course. I find that to be the most important thing when making changes ahead of tournaments. It’s even better to do it around a course that has held the Welsh Open on the European Tour for 14 years and a Ryder Cup. It was clear that I haven’t been on a course for a while as I was a little rusty after a few holes.

I hope that you are getting the opportunity to go out and play as much as possible. I’d be interested to hear what barriers you have to playing.

Which top ranked courses you have played in the past?