Chris Wood is the new leader at KLM Open, Harrington is three behind 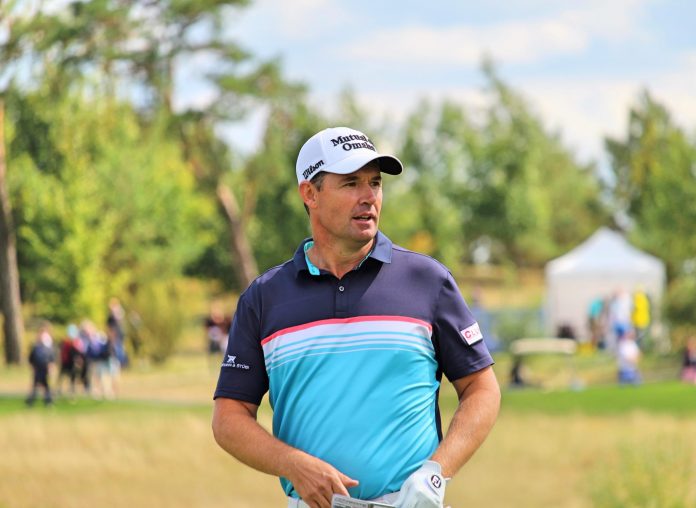 Chris Wood is the new leader at KLM Open after third round 65. Wood sits at 13 under for the tournament and the Englishmen has one shot advantage ahead of a group of three players, including the first two rounds leader Ashun Wu. Good day on the course for the three times major winner Padraig Harrington (on the photo above) who is at 10 under for the tournament after a round of six under today.

The leaderboard after the 3rd round:

"Bread and butter for the pros"

Chris Wood using the slopes to his advantage. #KLMOpen pic.twitter.com/MDoNewMKBR

After -8 today Hideto Tanihara is only one shot behind the leader.

Harrington closed today’s round with a bogey, but the three times major winner is only 3 shots behind Chris Wood.

But the Team Europe vice-captain cards a six under par round on moving day. #KLMOpen pic.twitter.com/FJkBKaDCVq

The biggest move of the day belongs to Thomas Detry. The Belgian jumped with 53 places to 8th place in the leaderboard after -8 today.

Thomas Detry is eight-under for his day.

How much money each golfer won at THE CJ CUP 2020