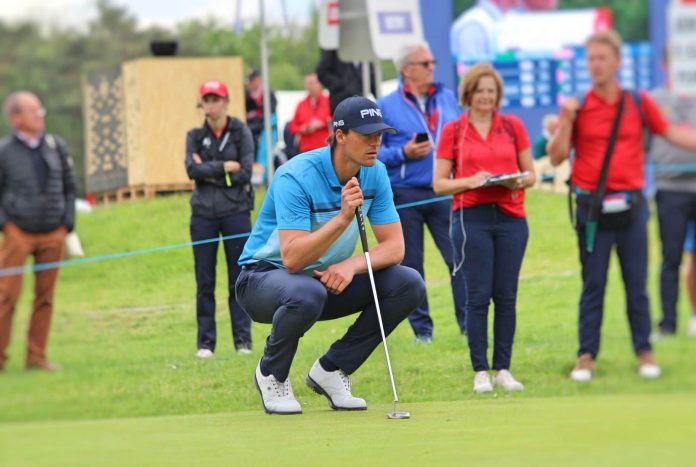 Victor Perez (France) won the 2019 Alfred Dunhill Links Championship to claim his maiden European Tour title. Perez posted final round 70 to finish the tournament at 22 under par. Matthew Southgate, who started the day as co-leader alongside Victor Perez, finished solo second at 21 under par. The duo were sharing the lead with two holes to play, but on the famous 17th at St. Andrews Southgate three putted for bogey 5.

This is the first win for Victor Perez who is playing his first full season on the European Tour. Thanks to his triumph today the Frenchman moves to 17th place at Race to Dubai. Perez started the week ranked 184th in the world, but from tomorrow he will find a place among the top 100.

Another dynamic day for former world number one Luke Donald. The Englishman carded seven birdies and five bogeys on his way to final round 70. Donald shared 10th place at 18 under par. This is Donald’s first top 10 finish since March.

Rory McIlroy and his father finished second at the pro-am tournament. In the pro ranking McIlroy shared 26th place at 15 under par. McIlroy didn’t hide his frustration about course setup and said that the European Tour governing bodies should think how to make the courses more difficult. He said it’s ridiculous to shoot 15 under par and finish outside the top 30. McIlroy stated that he will concentrate on the PGA Tour in 2020 where he will have the chance to play against the best players in the world on the courses he wants to play.