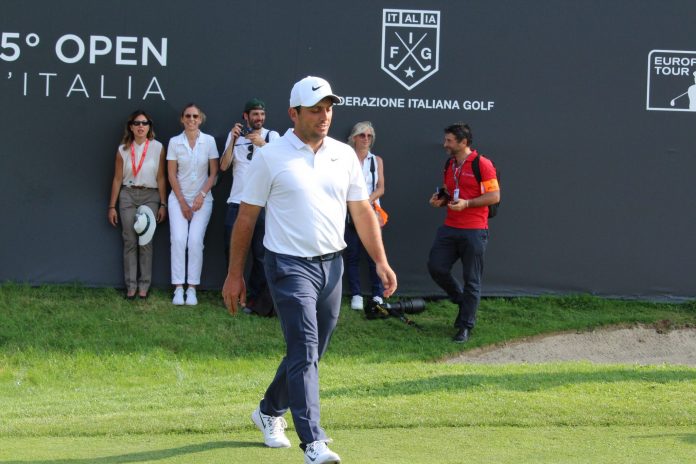 Francesco Molinari (Italy) won the 147th Open championship and became the first Italian to win a major. Today was one of the most interesting major Sunday’s, many emotions and leader changes after every shot. Francesco Molinari was the only one who found the key to windy Carnoustie and posted a final round 69 which was enough for two shots win. The Italian didn’t drop a shot the whole weekend and recorded his 3rd win for the season. Justin Rose who made the cut after a birdie on the last on Friday, Rory Mcllroy, Kevin Kisner and Xander Schauffele tied the second place at 6 under. Tiger Woods was leading the championship through 10th, but double bogey on the 11th and bogey on the 12th saw his chances gone and he dropped to 4 under. He birdied the par 5 14th to finish at 5 under alongside Eddie Pepperell and Kevin Chappell.

Thanks to this putt Francesco jumped to 8 under.

The biggest putt of his career..

Very important par save on 16th to stay at 7 under.

Eduardo, Francesco’s brother and one of the most popular golfers on the European tour was as happy as his brother.

I can’t find words right now, but one picture would do it… #championgolferoftheyear @TheOpen @EuropeanTour pic.twitter.com/tlsJS5OHeZ

Justin Rose just made the cut, but finished T2 after strong performance during the weekend.

Rory didn’t have his best day on the course but he had his chances after this eagle on the 14th.

So close! @TigerWoods will need birdie up the last to have a chance.#TheOpen pic.twitter.com/55L3E8gDZV

.@XSchauffele goes so close to an eagle on the 14th.

How much money each golfer won at the 2022 Hero Open

How much money each golfer won at the 2020 BMW Championship