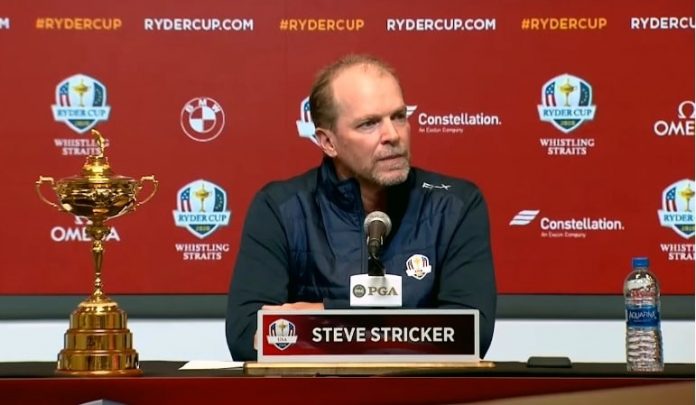 Steve Stricker was named USA Ryder Cup 2020 captain. The 51 years old American becomes the first USA Ryder Cup captain who doesn’t have a major in his CV. Ryder Cup 2020 will be played in Stricker’s native Wisconsin from September 25 – 27 at Whistling Straits Golf Course.

Even without a major Steve Stricker is one of the most successful American golfers in the last 20 years. He has 12 PGA Tour titles and he has spent over 250 weeks in the top-10 of the Official World Golf Ranking. Stricker reached a career-high world ranking of No. 2 in September 2009.

He has represented USA in Ryder Cup three times (2008, 2010 and 2012) as a player. In the last three edition of the tournament he has served as vice-captain.

Padraig Harrington, who will lead team Europe in Ryder Cup 2020, was one of the first to congratulate the new USA Ryder Cup captain.

Charl Schwartzel is the new leader at South African Open