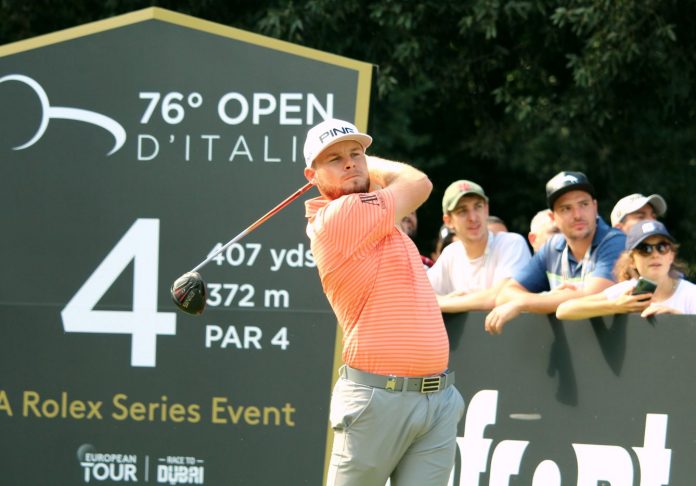 Tyrrell Hatton held his nerves and won his first tile in more than two years. Six players finished the 2019 Turkish Airlines Open at 20 under par and as a result we saw one of the most interesting and memorable playoffs in European Tour history.Kurt Kitayama, Tyrrell Hatton, Matthias Schwab, Benjamin Hebert, Victor Perez and Erik van Rooyen had to go out on the course for one more time today to determine the winner. Hebert, Perez and Rooyen were eliminated on the first hole after two pars and a bogey respectively. This was not enough to match the birdies from Kitayama, Hatton and Schwab. On the second extra hole the trio pared the hole and had to return on the 18th tee one again. Kitayama was eliminated on the third extra hole after a par and then on the next hole Hatton and Schwab decided the tournament. Hatton made par despite his poor tee shot while Schwab had to settle with par after poor third shot.

This is Hatton’s fourth European Tour title and his second in a Rolex Series event. His last triumph came in October 2017 at the Italian Open. Thanks to his win Tyrrell Hatton will move inside the top 40 in the world.

Kurt Kitayama posted final round 64 which sent him to the top of the leaderboard and secured him a chance to play for his third title of the season. A bad tee shot on the 4th extra hole cost him the win, but he should be satisfied with his second place. Thanks to it Kitayama will move to 9th at Race to Dubai with two tournament remaining.

Erik van Rooyen recorded his sixth top 10 of the season. The South African started the year ranked 141st in the world, but thanks to his good season he is just outside the top 50. Van Rooyen started the week ranked 59th, but will climb a few spots thanks to his shared second place.