Ram, Detry and Senior share the lead in Scotland 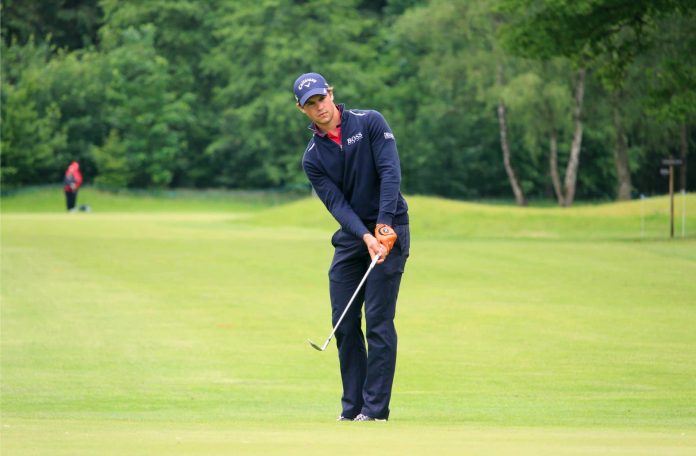 Jon Rahm, Thomas Detry (pictured) and yesterday’s leader Jack Senior lead the way after the second round of the abrdn Scottish Open. They share the lead at 11 under par and will play in the last group tomorrow. Lee Westwood, Matthew Fitzpatrick and George Coetzee are a shot behind and share fourth place.

Thomas Detry has been very consistent in the last couple of seasons, but he is yet to win on the European Tour. The Belgian, who sits 100th in the world, carded six birdies today without to drop a shot.

Lee Westwood played his last three holes for the round at four under par. As a result the Englishman moved within one of the lead. Westwood’s last win on the European Tour was in January 2020 at the Abu Dhabi HSBC Championship which helped him to win the Race to Dubai.

Thanks to shots like this Jon Rahm carded eight birdies today.

Disappointing week for world number eleven Rory McIlroy. He played the course at level par today and with total score of one under par failed to make the weekend. That’s not the week he hoped for before the start of next week’s Open Championship.