Historical win for Hideki Matsuyama at the Masters 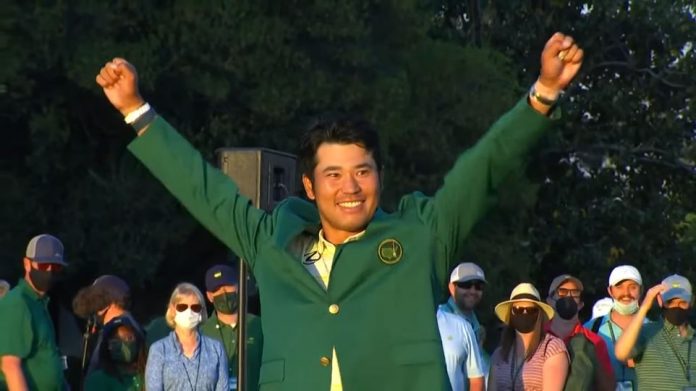 Hideki Matsuyama posted final round 73 and with total score of 10 under par won the 2021 Masters Tournament. The Japanese had some troubles on the back nine yesterday, but managed to keep his lead during the whole round. Will Zalatoris played the course at two under on Sunday and finished solo second just a shot behind the winner. Xander Schauffele and the 2015 Masters champion Jordan Spieth shared third place at seven under par.

With his win at Augusta Hideki Matsuyama becomes the first golfer from Japan to win a golf major. Matsuyama made his Masters debut in 2011 when he still had an amateur status. That year he finished with the best score among all amateurs. Thanks to his Masters win the Japanese climbs to 14th in the world which is a jump with 15 spots.

Jon Rahm was the golfer with the best performance in the final round. Thanks to his 66 the Spaniard climbed with 16 spots on the leaderboard to shared fifth place at six under par.

The first two rounds leader Justin Rose didn’t have a good day on Sunday and posted final round 74. As a result he dropped to five under par and shared seventh place on the final leaderboard.

Xander Schauffele was the golfer who managed to putt some pressure on Matsuyama in the final round. The American made four birdies in a row on the back nine and reduced Matsuyama’s lead to only two shots. Then, on the 16th, Schauffele found the water from the tee and as a result had to settle with a triple bogey six which ruled him out of contention.

Scott Jamieson stays at the top in windy Abu Dhabi