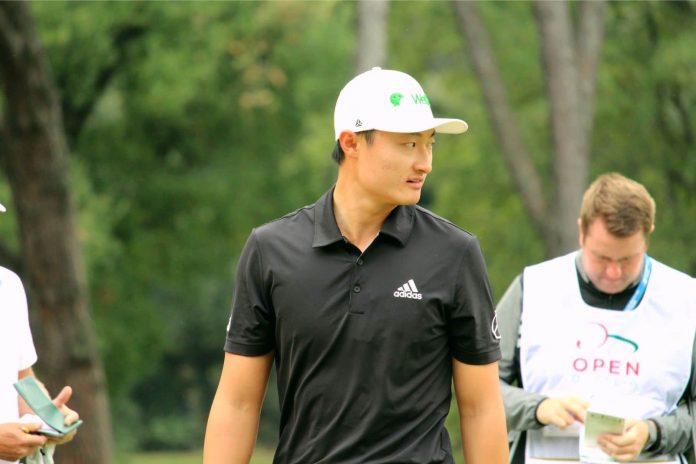 Local favorite Haotong Li took the lead after impressive opening round of 64 at the 2019 WGC-HSBC Champions. Li leads at eight under par and he is one clear of Victor Perez from France who has a great season so far at the European Tour. A group of four golfers, including the defending champion Xander Schauffele, shares third place at six under par.

Haotong Li missed the cut in his last two tournaments but today managed to show his best golf. After one eagle, one bogey and seven birdies he hit the top at the leaderboard. Li already has two European Tour titles under his belt. His last triumph came at the 2018 Omega Dubai Desert Classic.

The big favorite for the win this week Rory McIlroy didn’t have the best start. World number two made the turn at level par after a mix of birdies and bogeys. However five birdies on the back nine climbed him to five under par and shared seventh place at the leaderboard.

The shot of the day belongs to the 2010 Open champion Louis Oosthuizen. The South African made a hole-in-one on the par 3 sixth.

How much money each golfer won at the 2020 Italian Open