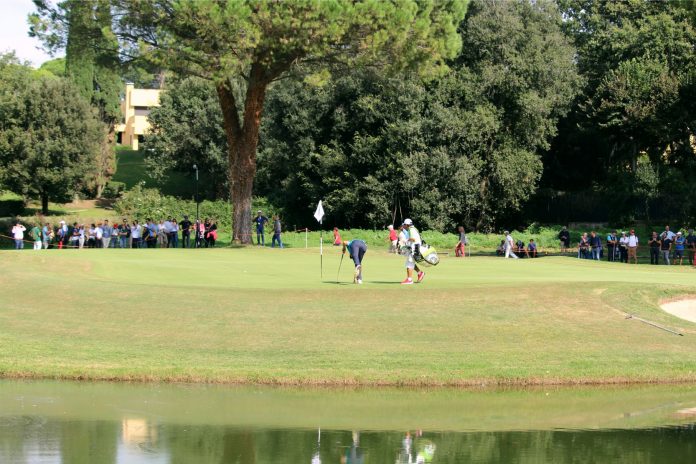 Tiger Woods and Ernie Els announced the pairings for the opening five Four-Ball matches at Presidents Cup 2019. Here is the program for the week:

In the first match of the day we will see the playing captain Tiger Woods and Justin Thomas who will face Marc Leishman and Joaquin Niemann for the International team. It’s not a surprise that we see Woods in the opening match. He will try to give a boost to its team and then walk off the course to concentrate on his captaincy duties. Woods is yet to win a Four-Ball match at Royal Melbourne. He has four losses in four matches so far. Prediction: win for Team USA

Xander Schauffele and Patrick Cantlay will try to win a point for the Americans against Adam Hadwin and Sung-Jae Im. From the four players only Hadwin is not a rookie in the tournament. The Canadian played two years ago, but his record is not very impressive. From three matches he only managed to win a half point. Prediction: win for Team USA

The experienced Adam Scott and the debutant Byeong-Hun An will fight for the internationals pride in match number three. They will face American rookies Bryson DeChambeau and Tony Finau. DeChambeau returned on the PGA Tour last week in the Bahamas after a long break. He didn’t impress much and finished 15th from 18 players. The advantage here is for the internationals. Adam Scott knows the course very well and he has the home crowd support. Prediction: win for the International Team.

In match number four we will see Webb Simpson and Patrick Reed against Hideki Matsuyama and C.T. Pan. Reed will be under pressure because of last week incident during the Here World Challenge. Reed tried to improve his lie in a bunker and got two shots penalty. Prediction: win for the International Team.

Former world number one Dustin Johnson and the in form Gary Woodland will face Abraham Ancer and Louis Oosthuizen in the last match of the day. Johnson was out of the course since the Tour Championship due to knee injury. Oosthuizen is one of the most experienced guys in the International Team. He comes in Melbourne as runner up from last week Emirates Australian Open. Prediction: win for the International Team.

How much money each golfer won at the 2022 Open

Cameron Smith is the man to catch at St. Andrews

Alistair Tait: The Open is the most special of individual stroke...