Four-man play-off and win for Matt Wallace in Denmark 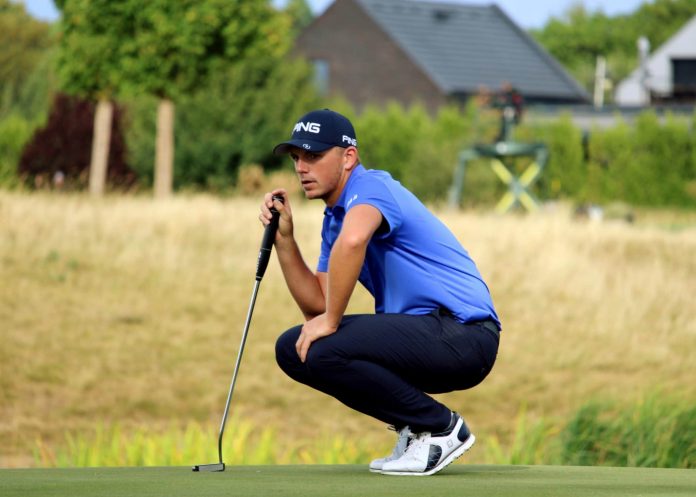 Matt Wallace won four-man play-off in Denmark to claim his 4th European tour title in 16 months. Extra holes had to be played in Silkeborg after four players – Matt Wallace, Lee Westwood, Steven Brown and Jonathan Thomson finished at 19 under par after 72 holes. Lee Westwood and Jonathan Thomson were eliminated on the first extra hole after both of them made pars compared to birdies from Wallace and Brown. On the second extra hole Matt Wallace made a great second shot and left himself a gimme for birdie to which Steven Brown was not able to respond and made par.

Wallace’s final round didn’t start the way he wanted after the Englishman made bogeys on 3rd and 4th holes. He then stabilized his game and made 8 birdies in his last 11 holes to jump to 19 under. Third round leader Westwood didn’t take the birdie opportunities which he had on his back nine today and made final round 69, 3 under for the day.

It’s not only Matt Wallace who has a reason to celebrate in Denmark. Local favorite Thorbjorn Olesen finished T20 but it was enough to secure him a place in European Ryder Cup team for the matches in Paris later this month.

Final leaderboard from Made in Denmark:

Solid play from the champion on the back nine today.

Lowest back nine of the week ✍🏼

Leader in the clubhouse. #MiD18 pic.twitter.com/rDlxY9G62H

Wallace’s second shot on the second extra hole which determined the winner.

Matt Wallace birdies 10 of his last 13 holes to win the #MiD18 on the second play-off hole. pic.twitter.com/fPtAqy5rY7

Europe Ryder Cup captain Thomas Bjorn was among the first who congratulated Olesen for making the team.

Cannot put into words how happy I am right now! It’s always been my dream to be a Ryder Cup Player, but it’s going to be even more special with my great friend @ThomasBjornGolf as captain! Bring it on 🇪🇺🇩🇰 pic.twitter.com/p8L3Pxz6ql

How much money each golfer won at the 2022 Hero Open