Bernd Wiesberger with third European Tour title of the season 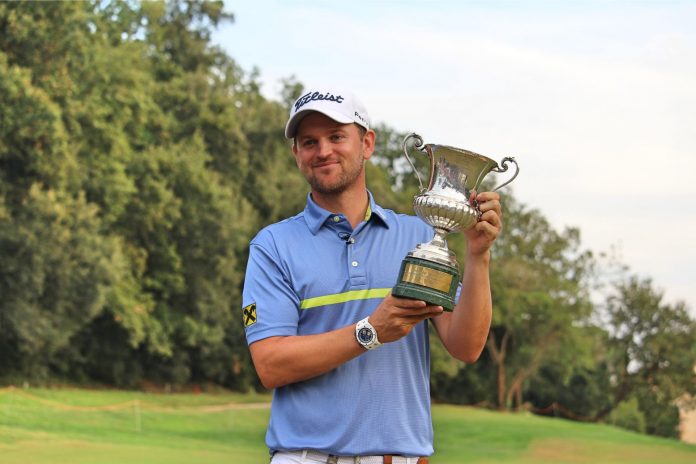 Austrian Bernd Wiesberger overcame three shots deficit to win his second Rolex Series title. The Austrian shot final round 65 to win by one over third round leader Matthew Fitzpatrick. Fitzpatrick again impressed on the back nine, but his three birdies on the last six holes were not enough to fix the damage done by the double bogey on the ninth. It was the double bogey that cost Fitzpatrick’s lead and he never took it back.

Today’s title is the seventh for the Austrian Bernd Wiesberger at his European Tour career and his third of the season. Earlier this year Wiesberger won the Made in Denmark, his first title since April 2017. In July he claimed his maiden Rolex Series title at the Aberdeen Standard Investments Scottish Open. Thanks to his win Wiesberger will climb to career best 22nd in the world and will take the lead at the Race to Dubai.

Matthew Fitzpatrick, who was playing in the last group, had the privilege to know what is the target set by his opponents. The Englishman knew that he is two back with two to play. Then on the 17th he made that second shot, but his eagle putt slipped out and he had to settle with a bogey.

No ducks were harmed while making this video
00:38

Viktor Hovland | Every shot from his win at Hero World Challenge
47:07

How much money each golfer won at the 2020 Italian Open