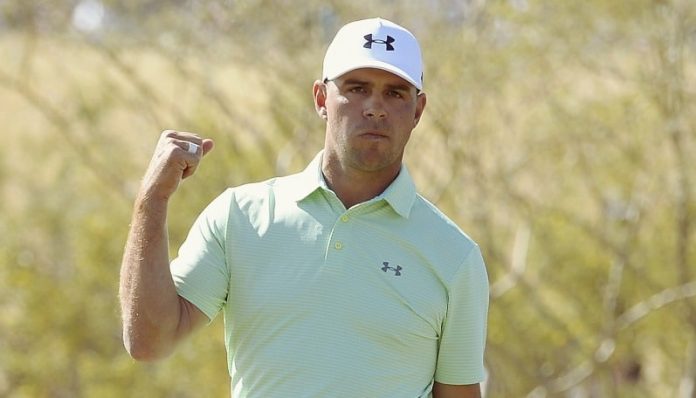 American Gary Woodland leads after the first round of the 100th PGA Championship. Woodland showed solid golf and posted 64 in his opening round and leads by one. Rickie Fowler is a shot behind after 65 in his first round. Zack Johnson and Brandon Stone share the third place on the leader board at 4 under par. A big group, including world number one Dustin Johnson, Justin Rose, Ian Poulter and Kevin Kisner is 3 shots behind the leader Woodland at 3 under par after the first round. Tiger Woods and Rory McIlroy are way behind at level par after 70 in their opening round.

Here is the leader board after the first round of the tournament:

After 18 holes in St Louis:

Gary Woodland started his round with a bogey on the first, but he played very well on the last 11 holes where he managed to make 7 birdies and no drop shots.

And the lowest #PGAChamp opening round in seven years. pic.twitter.com/ekWeH96nPQ

Many people’s favorite this week Jon Rahm is currently at 2 under, 4 shots behind Woodland.

The Danish golf star Thorbjørn Olesen was 3 over thru 11 holes but strong finish puts him on level par for the round.

Who needs a putter?

Second round tee times can be seen here.

How much money each golfer won at Travelers Championship 2020