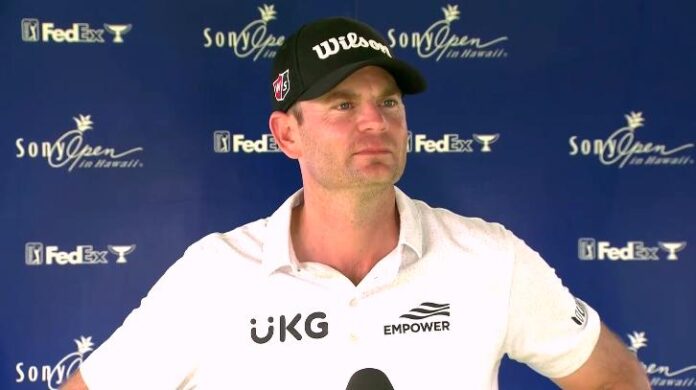 Brendan Steele posted third round 61 to take the lead at the 2021 Sony Open in Hawaii. Steele sits at 18 under par and will take two-shot lead into the final round. Kevin Na and Joaquin Niemann share second place at 16 under par while five players are at 15 under par.

Brendan Steele carded nine birdies yesterday on his way to round of 61. This is his best round on the PGA Tour so far in his career. The American has three titles on his name, but his last triumph came in 2017 at the Safeway Open. Steele started the week ranked 114th in the world, but with a win on Sunday will move within the top 60.

Kevin Na also played the course at nine under par on Saturday and as a result climbed the leaderboard with 17 spots. Na is four-time PGA Tour winner, winning for the last time in 2019 at the Shriners Hospitals for Children Open.