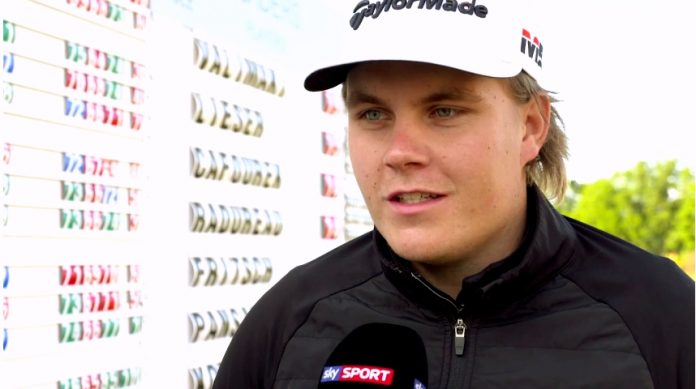 Sami Valimaki won his maiden European Tour title after winning the 2020 Oman Open. Valimaki posted final round 70 to finish the tournament at 13 under par. This score was matched by Brandon Stone who also needed 70 strokes on the course today. Valimaki birdied two of his last three holes to find a place in the playoff. The winner was decided on the third extra hole which the Finn won with a par.

Sami Valimaki’s triumph is very impressive considering the fact that this was his sixth European Tour start. Valimaki opened the tournament with a round of 74 and as a result was sharing 101st place after day one. Thanks to his win Sami Valimaki climbs to 13th at Race to Dubai and will find a place among the top 200 in the world from Monday.

Brandon Stone already has three European Tour titles under his belt. Stone’s last victory came at the 2018 Aberdeen Standard Investments Scottish Open. The South African was struggling with his game in the last year and as a result dropped to 215th place in the world ranking.

Rasmus Højgaard had a perfect start of his final round and took the early lead with two birdies in his first five holes. They were followed by several bogeys and a double bogey on the par five 12th. As a result the Danish sensation carded final round 74 to finish the tournament at nine under par and shared sixth place.

Drama and double joy for Justin Rose in Turkey