Justin Rose stays ahead at the Masters 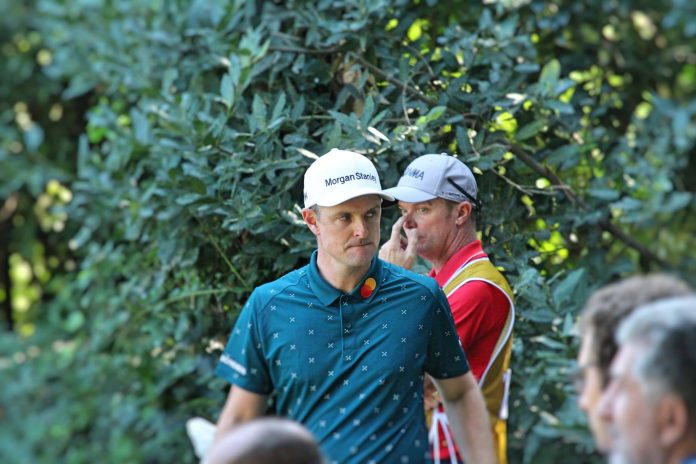 First round leader Justin Rose stays at the top of the leaderboard at the Masters after he played the course on level par on Friday. Rose will take one-shot lead into Saturday over Brian Harman and Will Zalatoris. The duo is only a shot back and shares second place at six under par. The calm weather at Augusta made the course much more friendly and many players managed to post a round in the 60’s. The cut was set at three over par, but some notable names stayed above the cut line. The defending champion Dustin Johnson, Rory McIlroy, Lee Westwood and Sergio Garcia are some of the players which we won’t see during the weekend.

Justin Rose had some problems with his game on the front nine on Friday which he played at three over par. However the Englishman stabilized his game and carded three birdies after the turn on his way to a round of 72.

Jordan Spieth climbed to shared fourth place at five under par after second round 68. The 2015 Masters champion simply loves this tournament. From seven starts at Augusta he has a win and another three top 3 finishes.

Marc Leishman was not considered as a favorite for the win at the beginning of the week. The Australian missed the cut in his last two stroke play events and has not posted a top 10 finish since January. After the first two days at Augusta Leishman is at five under par and shares fourth place alongside Jordan Spieth. Leishman has two top 10 finishes at the Masters in his previous appearances.

Will Zalatoris birdied his three closing holes in the second round to move within one of the lead. Zalatoris, who is playing his first Masters, started the week ranked 46th in the world. A win on Sunday will move him inside the top 20.

Scott Jamieson stays at the top in windy Abu Dhabi

Tiger Woods Quiz! Check out your knowledge about the most popular...